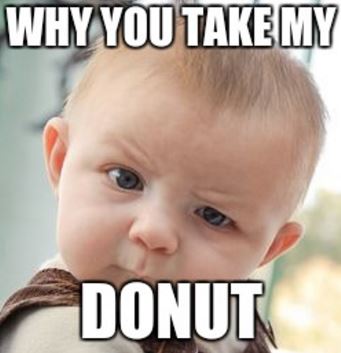 If there was ever an excuse to break your diet, it’s today!

In honor of the holiday, it feels only appropriate to discuss the history of National Donut Day.

According to Salvationarmynorth.org, Donut Day finds its roots in World War I when “Donut Girls” would make donuts for American soldiers in France. This trend continued into World War II as well as the War in Vietnam. Volunteers for Salvation Army would travel overseas and set up stations for American soldiers. These stations would offer a variety of services such as providing writing and mailing supplies, clothing mending services, and to top it off a complimentary donut.

We can trace the first celebration of National Donut Day to the Great Depression when donuts were used as a means to raise funds for people in need.

It is inarguable that National Donut Day is connected with charitable activity. What better way than to buy someone a donut?

We're always available to help out, get in touch with us any time, or shoot us an email.

Thank you for contacting us, we'll get back to you shortly.

Sorry, we are unable to send your message at the moment. Please try again later.